There are a whole host of pests which can cause problems in your lawn. Some are commonplace but whilst a nuisance do not represent a threat to lawn health. There are others however, which if ignored, can cause serious damage to turf. 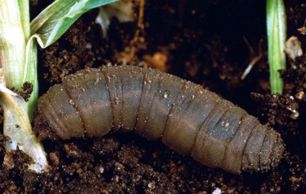 The larvae of Crane Fly (tipulidae) (also known as ‘daddy long legs'), leatherjackets (tipula paludosa) feed on the roots of grasses. The leatherjackets are grey-brown, up to 25mm long and tubular-shaped and wrinkled in appearance.

Leatherjackets can cause serious damage to turf. The adult Crane flies are active in the late summer to autumn period with each female laying about 200-300 eggs. These hatch into larvae in about 14 days and remain in the soil for about 9 months before pupating and hatching into the next season's Crane Fly. The larvae feed on the turf (and roots) biting off stems at, or just below, ground level, resulting in the turf dying back, often in clumps. This leads to bare patches which are then prone to weed invasion. 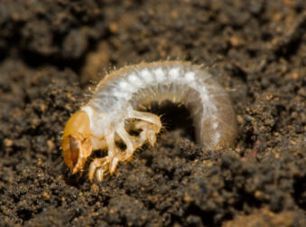 Adult chafers are medium-sized reddish brown beetles about 15mm long. It is the grub stage that is most likely to be found in turf. The grub itself, is white, soft bodied with a brown head and has three distinctive pairs of legs near the head.

In heavily infested gardens the adult beetles fly up from turf in large numbers at dusk from late May to June. Eggs are laid in the turf and these hatch a few weeks later.  The grubs feed on roots but do not start to cause significant damage until early autumn, by which time the larvae are becoming fully grown. They overwinter as larvae and pupate in the soil in the spring.
Damage is usually most evident in late-Summer, early-Autumn. Early symptoms include gradual thinning, yellowing and wilting of the grass strand followed by the appearance of irregular dead patches.

Since the end of 2016, there is no pesticide commercially available product to treat Chafer Grubs. In the absence of a suitable pesticide the only mean presently available is a biological method of control using nematodes. The nematode penetrates the grub and infects them with a bacterium which is fatal to the grub. The nematodes need to be applied to moist areas during August to early October when the soil temperatures are in excess of 12°C and the grubs are active. The grubs are within the soil profile therefore sufficient water needs to be applied after the nematodes have been applied to bring them into contact with the grubs. Make sure the lawn does not dry out after applying nematodes. 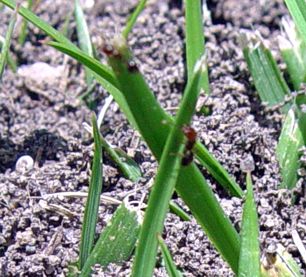 Ants in lawns are a real nuisance rather than being destructive pests. They disfigure the surface with mounds of earth and are particularly active during damp and humid conditions in summer and early-Autumn. Left unchecked over a period of years ant colonies will turn a level and even lawn into one which exhibits large uneven mounds.  This causes problems with scalping during mowing.

Ant nests contain one or more fertile female ants, known as queen ants, which lay eggs in brood chambers within the nest. Most of the other ants in a nest are smaller sterile females, which are known as worker ants. Their role is to maintain, guard and enlarge the nest, feed the larvae and to gather food for the colony. The white maggot-like larvae are fed on a liquid diet secreted by the worker ants. When fully fed, the larvae turn into pupae. At certain times of year, ant nests produce winged ants. These are young queens and male ants, which often emerge en-masse from nests during humid weather in the summer. These fly up and mate, after which the males die and the young queens try to find a suitable place where they can establish a new nest.

Disperse ant heaps on lawns by brushing the excavated soil on a dry day before the lawn is mown, otherwise the soil will get smeared onto the lawn surface by the mower. If the lawn has an uneven surface due to years of ant activity, peel back the turf in the raised areas, remove excess soil and relay the turf. This is easier to do in the winter when ants are less active.

Where ant problems are particularly bad we recommend the use of proprietary ant powders & sprays commonly found in garden centres and DIY/hardware store. The best time to apply product is when the ants are active close to the ground surface which normally coincides with a period after significant rainfall. Fork over the affected areas and apply product into the holes. Repeated applications will be required as well as a degree of persistence but over a period of time their presence will decline. 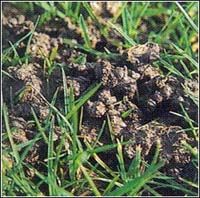 Worm casts are found on the surface of lawns, and are particularly noticeable if the turf is of fine quality. The casts become smeared by lawnmowers and feet, making the turf muddy and slippery. Moss and weeds can develop on these muddy spots.
Worm casts are produced mainly during late-Spring and early-Autumn when the soil is warm and moist, and also in spells of mild weather during the winter. Worms remain close to the surface under these conditions. When the soil is dry or cold they go deeper into the soil, resulting in less deposition of worm casts on the surface.
Allolobophora species of earthworms are responsible. These worms feed on decaying vegetation in the soil and they deposit their muddy excrement on the lawn surface. Earthworms can have beneficial effects in lawns as their burrowing activities help in aerating and draining the soil. They also incorporate organic matter into the soil by pulling dead leaves into their tunnels.

Solution: Disperse worm casts when they are dry, with a besom broom or an up-turned wire rake moved from side to side. However, there are often few days during the autumn to spring period when worm casts are sufficiently dry for this to be an effective solution.

In situations where worm casts become a major headache there are control products which can be applied by lawn partners but their use should be regarded as last resort. Probably best to leave the worms to perform their organic aeration. 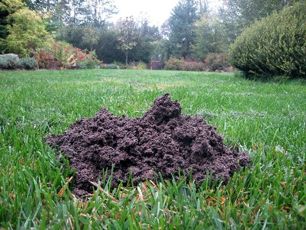 Heaps of excavated soil are thrown up on the surface of lawns. Moles are rarely seen as they live mostly underground. They dig out a system of tunnels and chambers, and dispose of the excavated soil by throwing up molehills. Apart from the spring breeding season, moles lead largely solitary lives, so all the activity in a small garden could be due to a single animal.
Moles feed on earthworms and other soil-dwelling creatures, not on plant roots. The damage they cause is incidental to their lifestyle. Molehills on lawns must be removed before mowing and collapsed surface tunnels need filling in to maintain a level lawn surface.

Solution: Getting rid of moles once they have invaded your lawn is not easy. There are all sorts of deterrent type products available on the market but moles will tend to return if they are not killed.

The only really effective method of eradication is trapping but it is a skilful task and probably best left to the professional.

Please feel free to contact us. lawn partners provide a free, no obligation, evaluation and proposal. 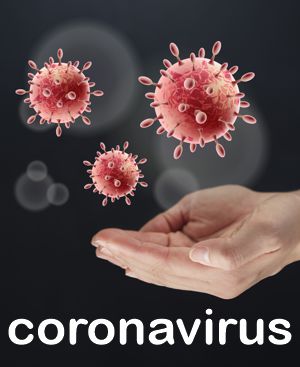 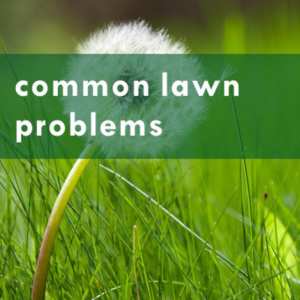 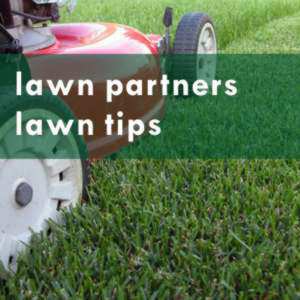 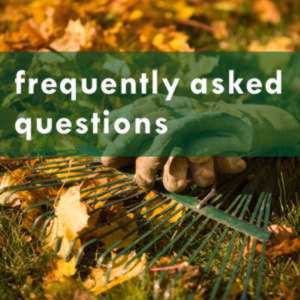 Copyright © All rights reserved. Reproduction in whole or part without written permission is strictly prohibited. While every effort is made to ensure the accuracy of the information provided, Lawn Partners professional lawn care, Milldyke Gardens Ltd and its agents cannot accept responsibility for claims made.
Web design and hosting by SG7 Media Solutions.